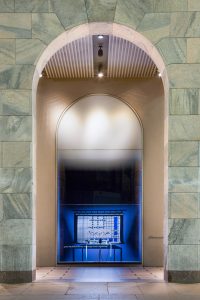 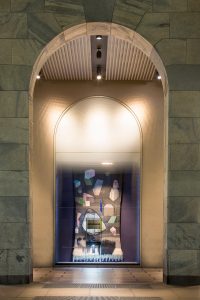 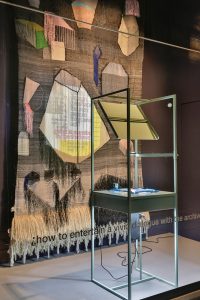 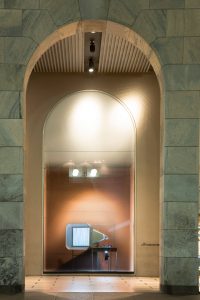 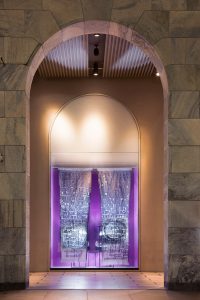 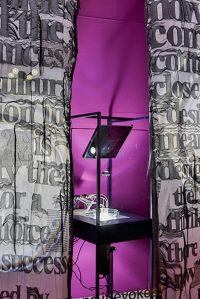 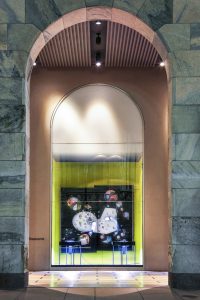 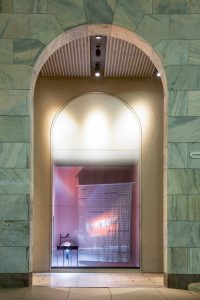 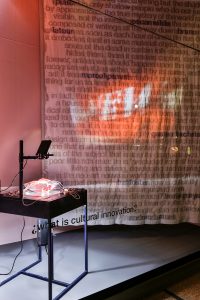 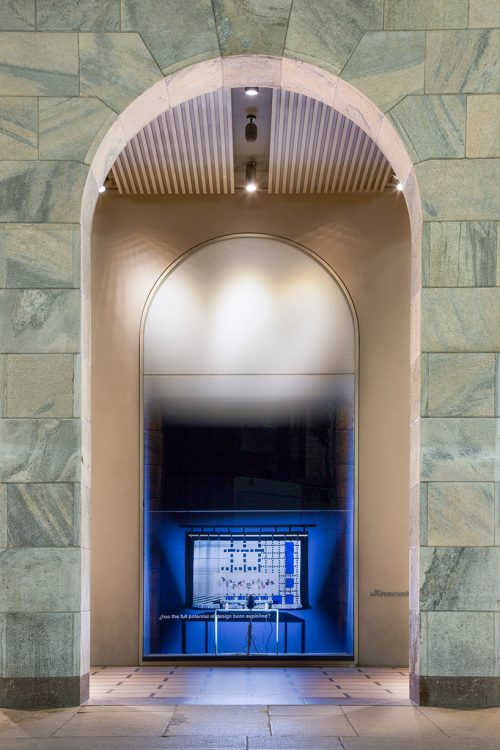 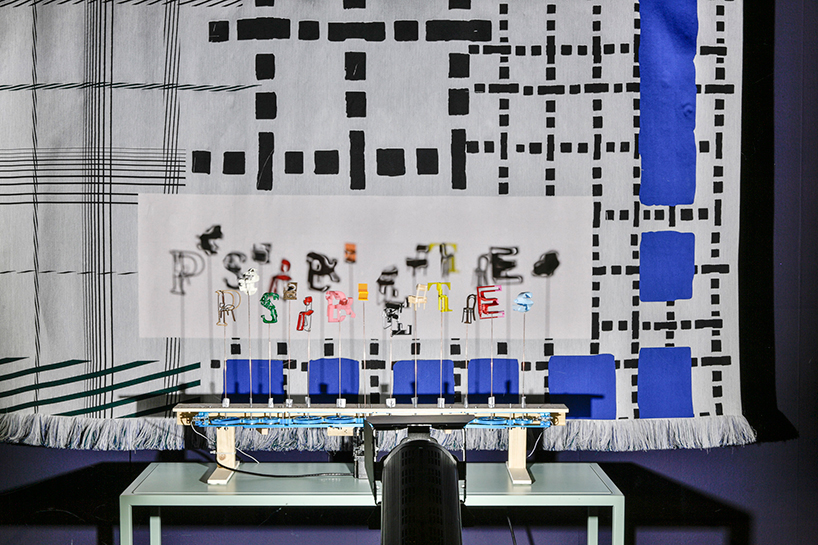 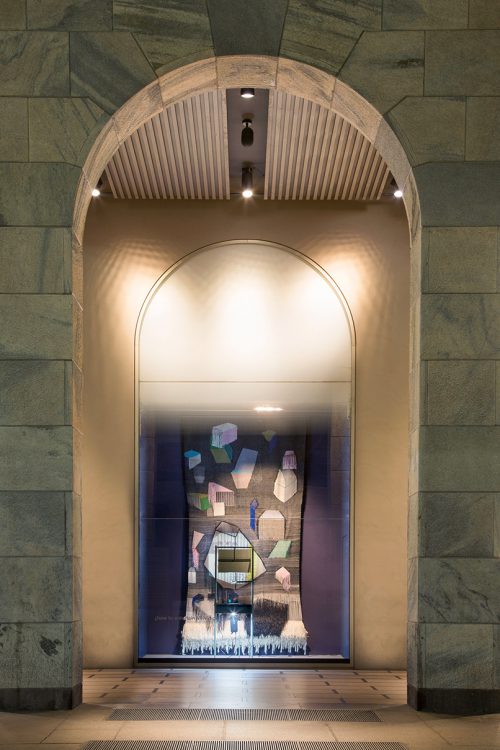 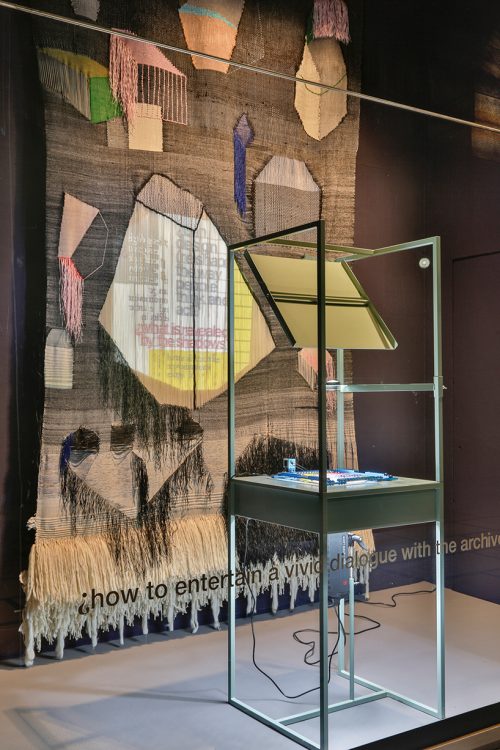 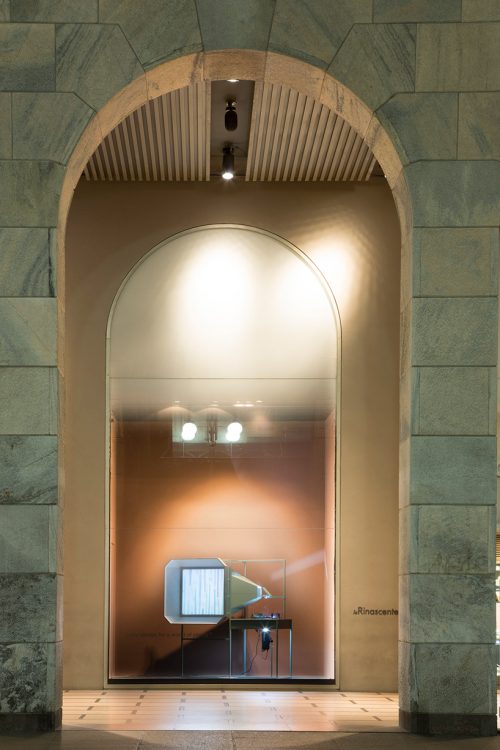 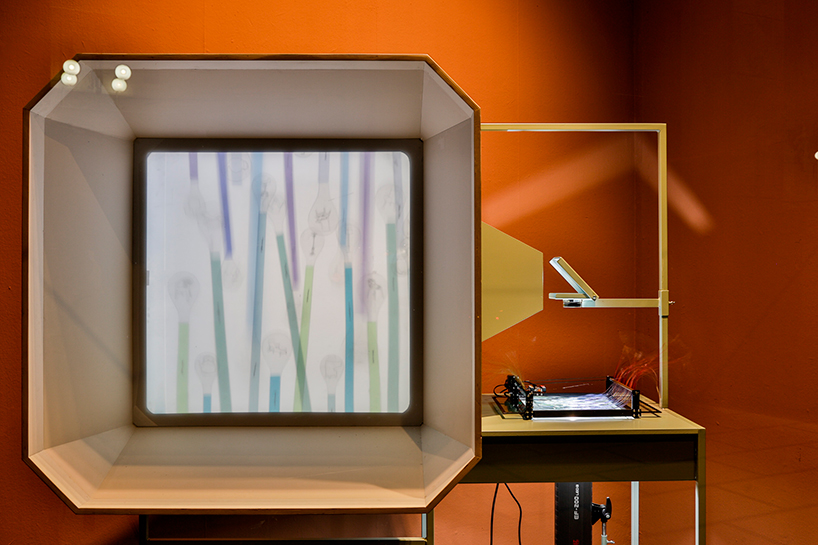 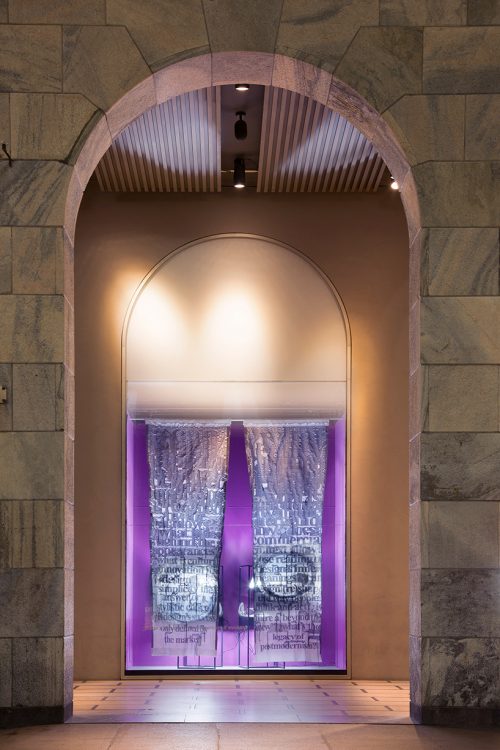 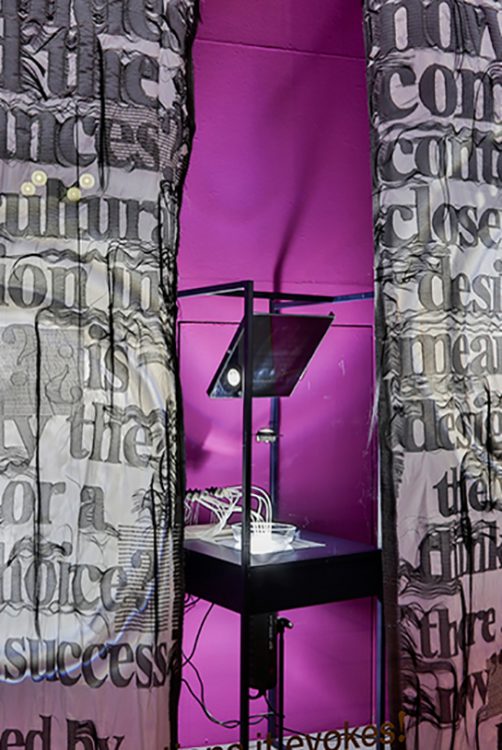 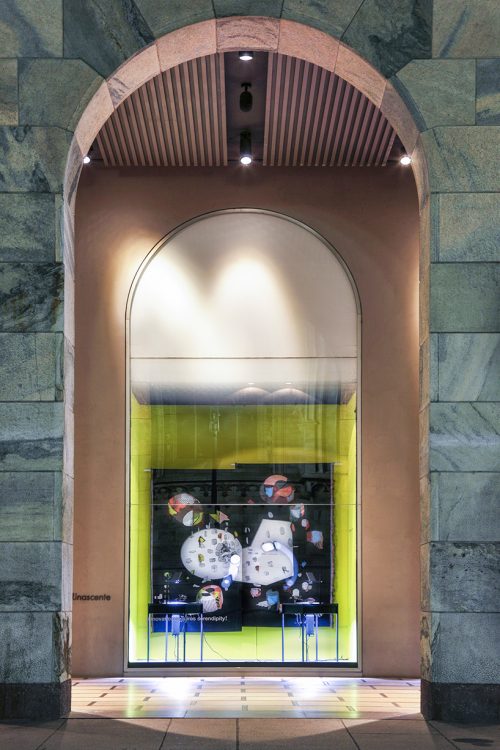 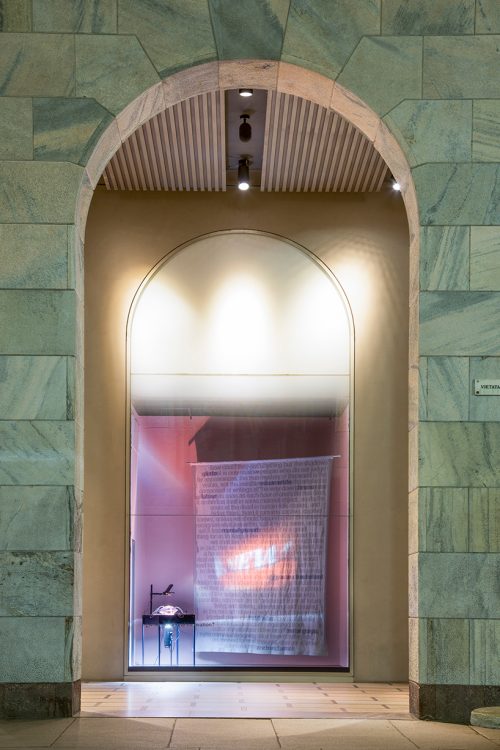 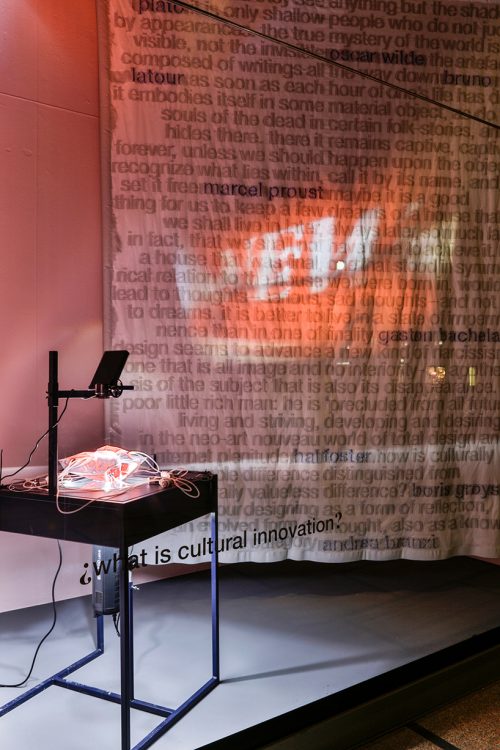 This installation, commissioned by the Serpentine Galleries and presented at la Rinascente department store in Milan during the 2016 Milan Design Week, is a continuation of Hella Jongerius and Louise Schouwenberg’s collaboration on the manifest ‘Beyond the New’ (2015). A search behind appearances proposes to move beyond commercial success, beyond style differences, and beyond personal taste. The windows of La Rinascente present an interplay of small machines, fabrics and well-orchestrated shadows, which gaily mirror the world of design and suggest criteria for estimating and understanding a design’s cultural value.
The shadow play ‘A search behind appearances’ reflects on the state of affairs in design and prompts a consideration of the meanings which hide behind an object’s look.