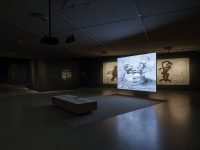 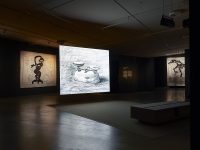 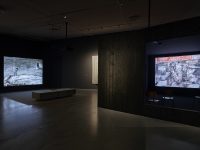 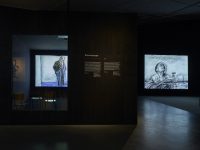 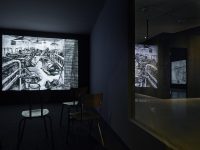 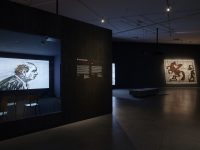 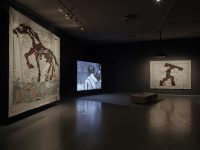 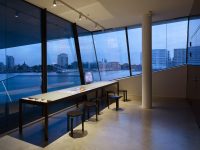 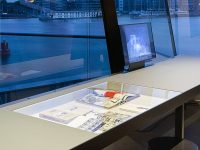 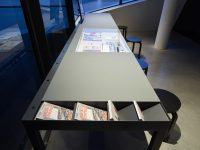 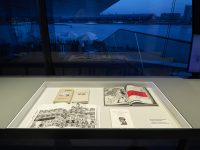 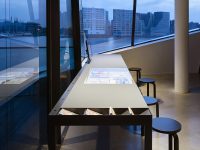 Reading table with showcase for books, monitor and flyer-display. 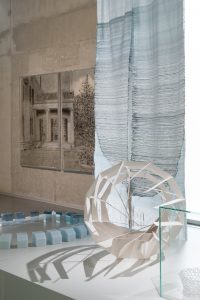 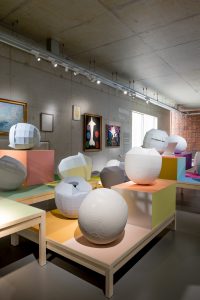 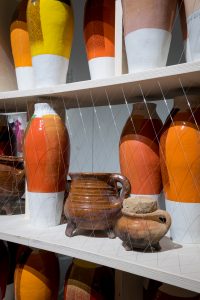 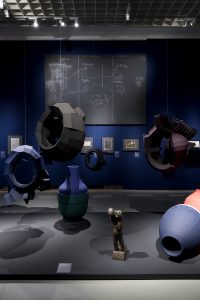 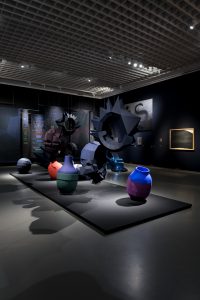 Drawing on 15 years of colour research, designer Hella Jongerius presents a series of installations that deepen our understanding of colour. She has created a collection of specially designed objects that demonstrate how the experience of colour and form is affected by changing daylight throughout the day. In addition Hella Jongerius has selected together with artist Mathieu Meijers artworks from the collection of Museum Boijmans Van Beuningen.
The exhibition questions our perception of colour and reflects upon the history of colour research. Hella Jongerius: Breathing Colour is a statement about the strength, imperfection and versatility of colour as a reaction to the flatness of the colours produced by industry. Ultimately, Jongerius aims to pit the power of colour against the power of form.

Eye Filmmuseum presents the exhibition Jan Švankmajer – The Alchemical Wedding devoted to the work of Czech surrealist and master animator.
This is the first major retrospective of his bizarre and dark films and sculptures in the Netherlands. The exhibition at Eye features one big installation in which numerous short films by Švankmajer are screened amidst remarkable sculptures and ‘spirited’ images, together with three Wunderkammers filled with collages, tactile objects, sick maps and ‘medium’ drawings.